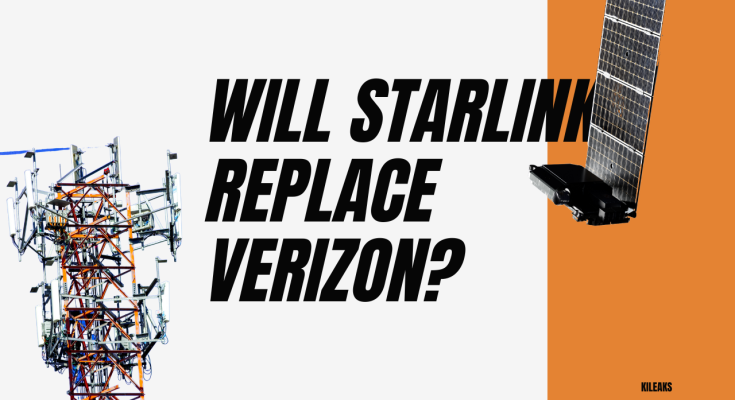 This article will help you not only decide between two companies but also decide between two technologies. But if there is the availability of fiber in your area better go with that instead of deciding between Starlink or Verizon. Let’s See if Starlink replace Verizon.

Basis of comparison between Starlink and Verizon (Starlink vs Verizon):

Data limits are the most important thing given by any internet service provider because a truly unlimited plan should never come between surfing the internet. Many companies offer these unlimited plans but there are conditions of speed throttling above certain data limits which can hamper your business or enjoyment.

Verizon doesn’t have any speed throttling above certain limits but they put limits on streaming services like Netflix or YouTube above certain qualities of streaming like 4K or 1080p. This means that you won’t get a speed above a certain number (like 10 Mbps for 20 Mbps) but your connection speed will not slow down anytime.

Whereas Starlink provides truly unlimited plans with no speed throttling. You can get up to 100 – 250 Mbps which is the highest for Starlink satellites.

If you are a gamer latency can play a huge role in getting killed or killing in a first-person shooting game.

Verizon latency is almost similar to Starlink latency which lies anywhere between 22 – 40 msec.

So getting fiber in those areas will have a much better internet connection as compared to both Verizon or StarLink services.

Starlink replace Verizon if this problem is solved by SpaceX and Starlink.

When it comes to peak hours many companies fail at it As the companies are based on towers they put in at that place.

Verizon’s speed gets lower at peak hours whereas Starlink can handle it properly many times. Moreover, Starlink can launch massive amounts of satellites in the sky to increase the density of Starlink satellites in an area which is very much difficult as compared to Verizon as they have to secure the land and make towers.

Verizon gives free kits for home users and the billing is half the amount paid to Starlink.

Starlink does not give the free kit and costs about $600 for getting a connection. The billing is 2x that of Verizon service.

And the question comes that will Starlink replace Verizon ?

For a home-based user, Starlink can replace Verizon as it offers double the service tell that of Verizon with no speed caps or data caps.

But for constantly moving users Verizon will have a much better choice than getting Starlink as it requires a clear sky to bring high-speed internet.

One Comment on “Will Starlink replace Verizon? (Starlink vs Verizon) Know price?”